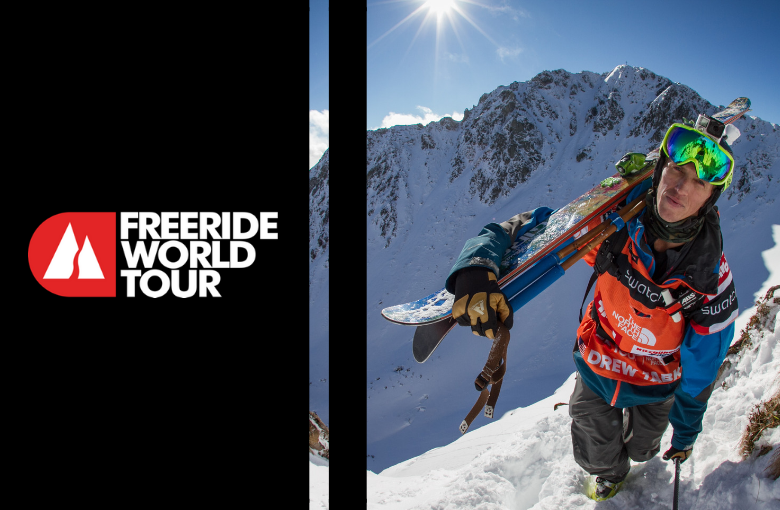 Whether you are a skier, a snowboarder, or you simply enjoy watching Freeride, you’ve likely heard legends about rider, Drew Tabke...

Drew Tabke has been involved in the Freeride World Tour from the very beginning, since 2008. Two times a world champion, Drew represents the past, present, and future of our sport. Learn a bit more about Drew and his history in Freeride as he prepares to compete for a third title on the 2020 Freeride World Tour.

Where did you grow up skiing? Who was your teacher?

Growing up in Park City, Utah, I found skiing was accessible. I never was on any teams or clubs, I mostly learned from my parents, and then skied with my crew of friends every day I could, searching for cliffs, jumps and tree runs. That was my "club".  I entered a couple mogul competitions, and a few park and pipe competitions when I was in high school.

Tell us about your first Freeride event. Why did you sign up?

My first Freeride event was at Snowbird in 2003 or so. The US Freeskiing Nationals used to be the main event in North America. At the time, I was working at the Deep Powder House at Alta, and the event was literally a few minutes away from where I worked. Lots of the locals I looked up to did that event, so registering and competing was just an obvious choice, not something I had to travel far to find. I tried my first Freeride comp there at Snowbird and was hooked. 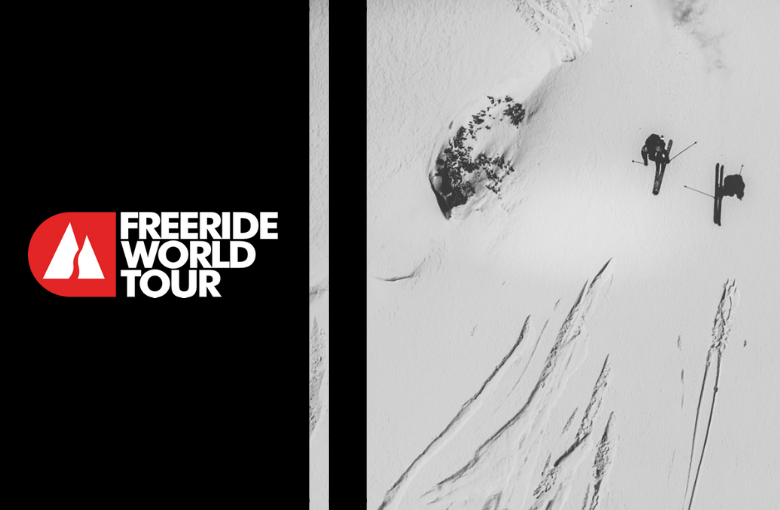 Have you had many injuries? What have you learned from them?

I’ve had a few injuries, but not many while skiing. A couple knee sprains while skateboarding, playing soccer and skiing, but none that required surgery. A broken collar bone skiing in high school. What I believe about injuries is that they seem to happen when you let your guard down, are least expecting them, or are in a negative mental state. It’s important to be physically fit, obviously, but to also focus on your mental game — staying alert, loose, and positive.

Who was your favorite skier when you were a kid?

JP Auclair was my favorite skier ever. I’d never seen skiers hit jumps and go that big, with so much style. I saw some of his early movie parts in old Poor Boyz movies and it inspired me so much. Another who really surprised me was Shane McConkey. I met him when I was a teenager, I was so impressed with his attitude. He was so nice to me, so positive and friendly - not a dick or a rock star - even though I was just some random kid in the tram line at Snowbird.

You have been a Freerider for the last 15 years and now you are a certified IFSA Freeride Coach. What are the biggest changes that you have experienced?

The obvious change is the growth of junior Freeride programs. When I grew up there were no junior events, and no pyramid of FWQ to FWT progression. There was no coaching or training, competitors were just talented skiers and snowboarders, independent adult skiers who simply found their way to competitions. Now, kids can get their foundation and training at such a young age, that by the time they’re adults they have a way better understanding of safety, decision making, technique, and the training to do well in freeride events. This is all fantastic, in my opinion.

How has skiing in South America and exploring the Andes Mountains contributed to the skier you are now?

Going to Chile is great for serious skiers - basically instead of skiing for 5 months and taking 7 off, if I stay in one hemisphere, I can ski for 10 or 11 months a year by doing back-to-back winters. When ski season starts in the northern hemisphere, I don’t feel like I’ve lost ground during the off-season. In the Andes, conditions and navigation can be a challenge with the altitude, terrain, and weather, so skiing in Chile has helped develop my ability to read snow, avalanche conditions, and complex terrain.

I visited Chile in 2005 through the University of Utah to study Spanish at a university in Valparaiso. During that trip, I stayed for about three months. I’ve returned every year since then, save one.

I love Chile for its natural environment and for the friends I have found there. Having coast and mountains both accessible is basically my dream landscape. I can’t say how much I care about my Chilean friends. They’re not just friends, they’re family.

What is your favorite place to ski in the world and why?

Wherever the snow is good, you can have the best day of your life. Conditions are everything in skiing. I love my home hill, Crystal Mountain, Washington. Tons of fun terrain, not many crowds, and incredibly beautiful scenery. In Europe I love Chamonix and Courmayeur because you can take 8,000’ runs from the chairlifts!

You won two Freeride World Tour titles. What does it mean to you? What do you think 14-year-old Drew would say if somebody revealed this fact to him?

Winning two world titles was amazing, but nothing compared to the unforgettable experiences with friends through all those years. And I can’t honestly say I was super surprised I won them, either. You must believe in yourself if you’re going to do something, and I did. Some people tell me I’m humble, but honestly when I was a teenager, myself and the friends I skied with were pretty confident. We always kind of felt that we were better than a lot of the pro skiers we’d watch in movies. I’ve always felt that the people we see in the movies and magazines are talented, but that the actual shredders at hardcore ski areas and the kids at local Freeride competitions are equally as good.

Your backflip at Andorra last year was one of the biggest in the FWT history. Did you plan it that way or it was bigger than you expected?

You asked if the backflip in Andorra was on purpose. Well, what do you think? I will say I’m bummed I didn’t do grabs on my upper airs on that run.

What are your personal favorite edits?

If you want to YouTube some more runs, look for any of the three years we went to Haines, Alaska.

What would be your advice to someone who is taking their first steps into the world of competitive Freeride?

I’d recommend to new competitors in Freeride to keep things in perspective. Even if you win the world title, it’s just a drop in the bucket compared to your life at large. Freeride is about fun, camaraderie, and celebrating shared passion. That should be goal number one. It's cool to be competitive, but if you get totally blinded by the need to be successful in the competitions themselves, you’re setting yourself up for disappointment.

Why have you chosen to settle in Seattle?

Seattle was attractive to my girlfriend and I when we moved up here ten years ago from Utah because it had the culture and excitement of a modern coastal city with relatively easy access to amazing mountains. It's so stimulating and energetic living in a city, but we’re hoping to move back to a smaller town in the next year or two.

Freeride is growing quickly in Chile and Argentina. What is your advice to the events' organizers?

The Freeride Chile guys are doing an awesome job, and I think Freeride just works well in Chile. Lots of cool destinations, experienced ski organizations and clubs, and just the most welcoming vibe. I’d just recommend what I recommend to everyone — safety first and have fun.

Your life seems perfect but do you ever grow tired of travelling and competing? What do you like the most and what is the biggest challenge with this lifestyle?

The best thing is the networks of friendships you form after so many years of consistent traveling. The mountains just feel like a friendly neighborhood when you start coincidentally bumping into people you’ve met from all over the world, all over the world. I’ve been traveling for so long it feels more normal than staying home. 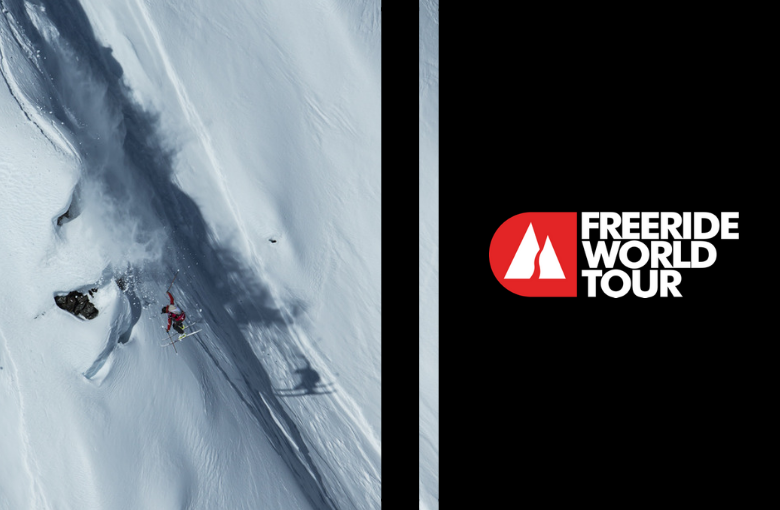 What is "Freeride" to you?

For me it´s a kind of ridiculous word, honestly. We’re just skiers and snowboarders. I mean you can Freeride in a shopping cart when it comes down to it. I would say “Freeride” is a sport or game where one commits to something (jump, wave, straight-line) that has good and/or bad consequence (crashing, succeeding, losing, winning).

After winning two world titles over the last ten years, last year you had a couple of falls after skiing a podium line and you didn´t qualify for the big final at Verbier. This year you got invited to the Tour with a Wildcard and qualified, once again, to the final. What does it mean to you to be part of such a community?

Qualifying to Verbier this year was huge for me! I was so stoked when I made the cut after my run-in Andorra, as one of the last two riders (tied with Gorak) to make the 12-rider cut to Verbier and FWT 2020. I actually started the winter nursing a soccer injury, so it took me a little while to find my feet, but I got the results I needed (7th, 8th, 9th, 9th) against a super-talented field of competitors and finished 10th overall. The level is just insane this year. I’m psyched for Markus, he’s a deserving champion. And I was so bummed when Craig hurt himself in Austria. Seeing him and Markus battle for the title was going to be amazing.

Are you thinking on FWT retirement yet?

As for FWT 2020, I bet you’ll see me back again. We’ll see though. I still feel like I have so much skiing to do. Most of what people see is the FWT, but I honestly spend most of my personal time trying to climb and ski wild mountains. That’s really my passion and something I hope to do all my life.

Keep an eye on Drew during the 2020 Freeride World Tour. We hope to see him clinch a third title. 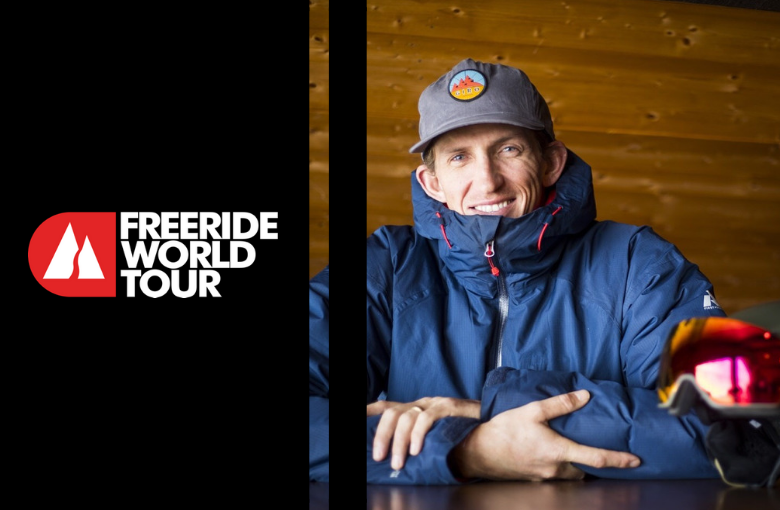